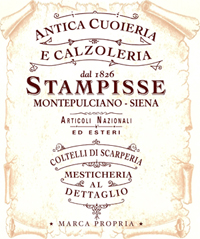 A long-established shop in Montepulciano, Stampisse was founded in the 19th century as "Antica CUOIERIA MAZZOLAI," wholesaler and retailer of shoes, leather goods, and items for shoemakers. On May 1st, 1961, the shop was acquired by Beppino Bernardini, whose nickname, STAMPISSE, derived from his previous position as principal workman for 'Prefabbricati Peruzzi', responsible for production of the "STAMPI," the moulds used to make reinforced cement trusses. In 1989, Beppino Bernadini and his son Franco transformed the shop in accordance with the changing needs and trends of the market, while continuing to give priority to the quality of their products, customer satisfaction, guarantees, and post-sales service.

After 50 years in business, STAMPISSE S.a.s. offers its goods in four points of sale: 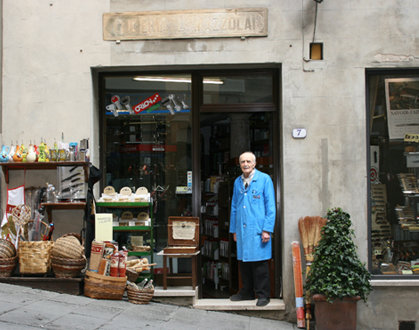 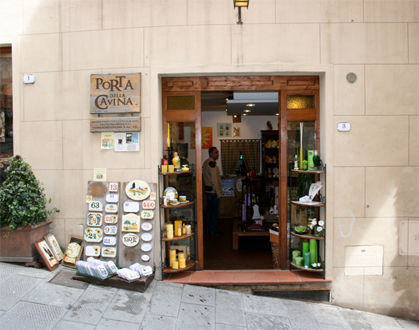 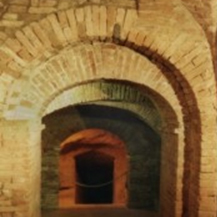 
Via di Gracciano nel Corso n. 1/3 Montepulciano, since 1990
- Home fragrances - MILLEFIORI MILANO, ESTEBAN, PROFUMI DI TOSCANA
Visitors who ascend the steep via di Gracciano nel Corso will find themselves in front of the Porta della Cavìna, just before Piazza delle Erbe. Unique and charming, this "Porta" (gate), which dates from 1157, was the principal entrance to the Poliziano Hill in the second ring of walls. On the right are the premises where the town guards were lodged, and entry taxes were paid. With notable details such as vaults and unusual intersecting arches, these rooms have remained virtually unaltered through the centuries.

Inside a niche on one wall there is a deep well for collecting rainwater. The rim is grooved from the chains once used to draw water. Descending further into this extraordinary place, one finds evidence of even earlier civilisations. In fact, the entire building was constructed on two ancient Etruscan tombs that date to the 5th century BCE, and may have belonged to the 'Càvinas' family, for which the gate would have been named. An impressive tunnel carved into the tufa descends for thirty-two steps to the burial chamber, which is also carved into the tufa, and takes the traditional form of a rectangular hut with a sloping roof.


On the far wall at the bottom, an arch is visible, with an altar below on which the urn containing the ashes of the head of the family would have rested, while on the side walls there are six niches in which furnishings or the urns of family members were placed.
There is a second, smaller tomb set in a transverse position to the first. It is deemed to have been of lesser importance because it was used in subsequent centuries, and was probably the tomb of servants, constituting an honoured final resting place for their loyalty to their masters, such that they could continue to protect them even in the afterlife. 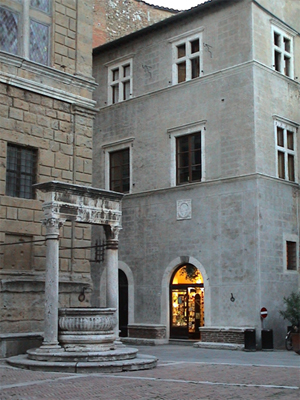 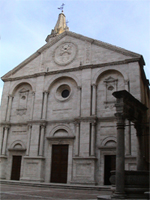